The popularity of this adobe precordillera oasis stems from its position in the heart of some of northern Chile's most spectacular scenery. A short drive away lies the country's largest salt flat, its edges crinkled by volcanoes (symmetrical Licancábur, at 5916m, looms closest to the village). Here too are fields of steaming geysers, a host of otherworldly rock formations and weird layer-cake landscapes.


San Pedro itself, 106km southeast of Calama via paved Chile 23, is quite small, but it attracts hordes of travelers. Despite the high prices and tourist-agency touts, there's undeniable allure to this desert village with its picturesque adobe streets, laid-back residents and music-filled eateries.


The best time of the year to visit it:


Spring-Summer (from October to March). San Pedro de Atacama is mostly visited during these seasons for its warm weather, lower temperature variation and a few rainfalls (from January to April) which result from the phenomenon called Bolivian or altiplanic winter. 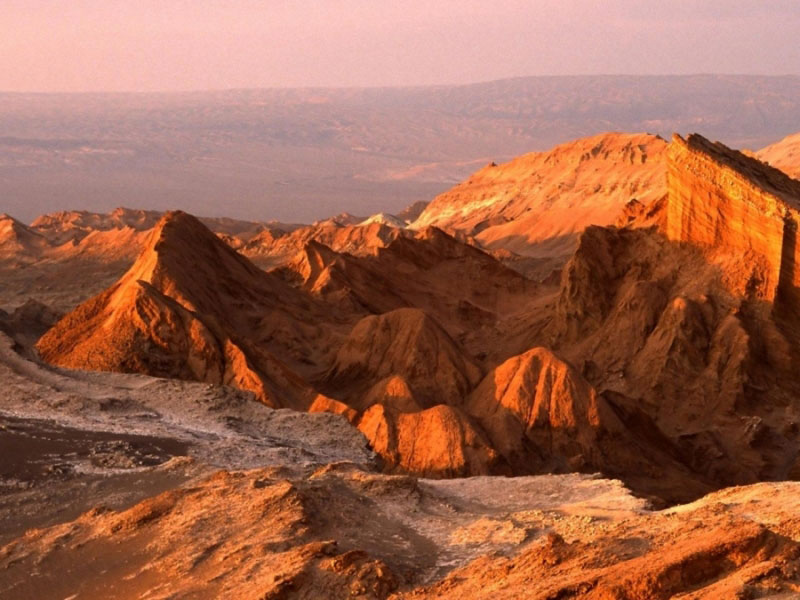 We offer a great variety of accomodations, from luxorious experiences to more cozy and with a home-feeling lodges.

Contact us for more information about this amazing places!

The Atacama Desert is one of Chile’s most exciting places to visit, comprising as it does incredible landscapes of salt flats and saline lakes, high-altitude geysers, softly smoking volcanoes and lunar rock formations.

We'll take care of your ground transportation in and out to make it hassle free. Our driver will wait for you at the airport and take you to the hotel. On your last day in Atacama we'll be sure you're on time at the airport to catch your next flight!